Shophouse was the most common building typology of Bangkok during the process of urbanization of the city in the past century. Due to the rapid economic developments in the past few decades, they are getting obsoleted. Bangkok urban fabric is, nowadays, full of not-properly-utilized shophouses in most of its prime areas.

The project is an attempt to experiment with shophouse typology’s transformation -to solve all very-common-but-usually-ignored architectural problems of contemporary buildings by using the most common materials and building tectonic. The existing condition were two not-in-use units of shophouse in one of crowded areas of Bangkok.  Every floor is transformed into a working-living unit, a new typology for a small business or live-in studio, that is quite rare type in Bangkok. While the ground level is completely open for parking and plants. The addition parts are the new facades on both front and back made out of steel structure filled with prefabricated concrete blocks which is the most commonly used and cheapest construction materials found anywhere in the country especially in contemporary vernacular buildings. The concrete blocks are custom made since it is very cheap and easy to make. The facades also act as sun shading, curtain for privacy as well as thief protection device. The space between the big windows and concrete blocks on the back and the front is 'a breathing space', for smoking, relaxing in the outdoor, plantings as well as air condensing units and service. 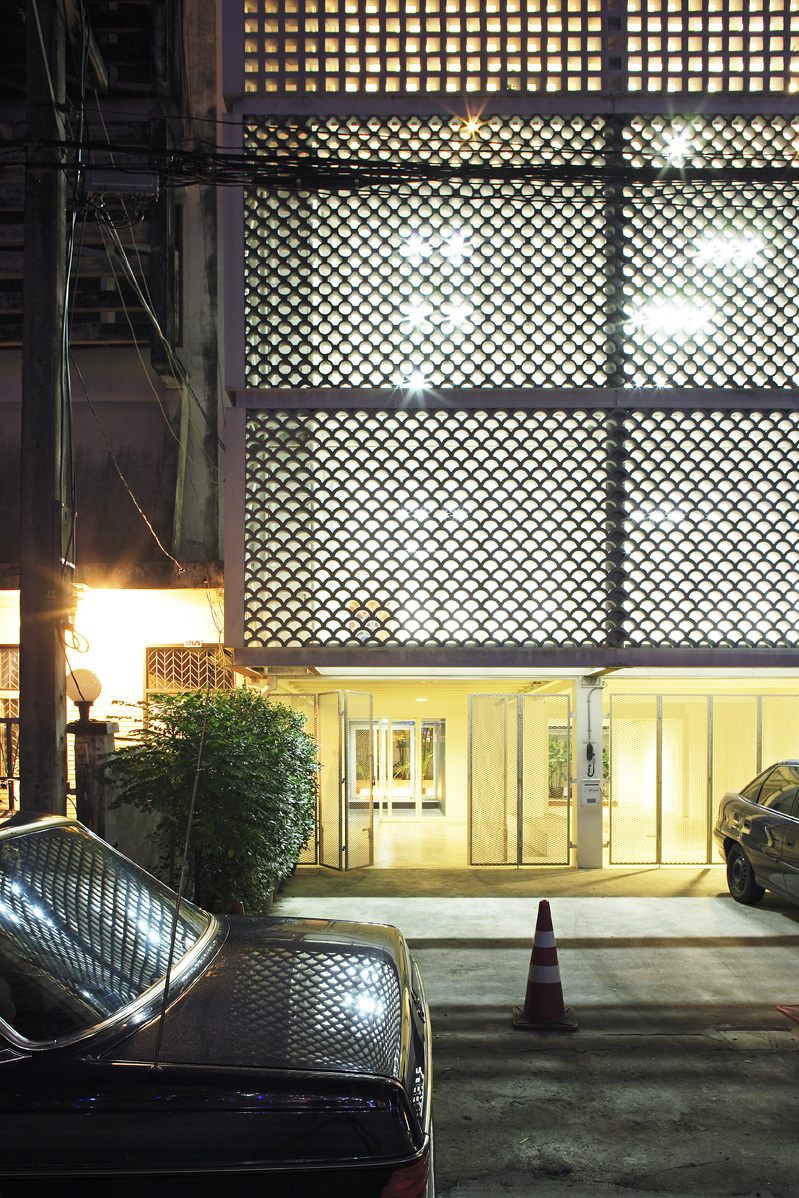 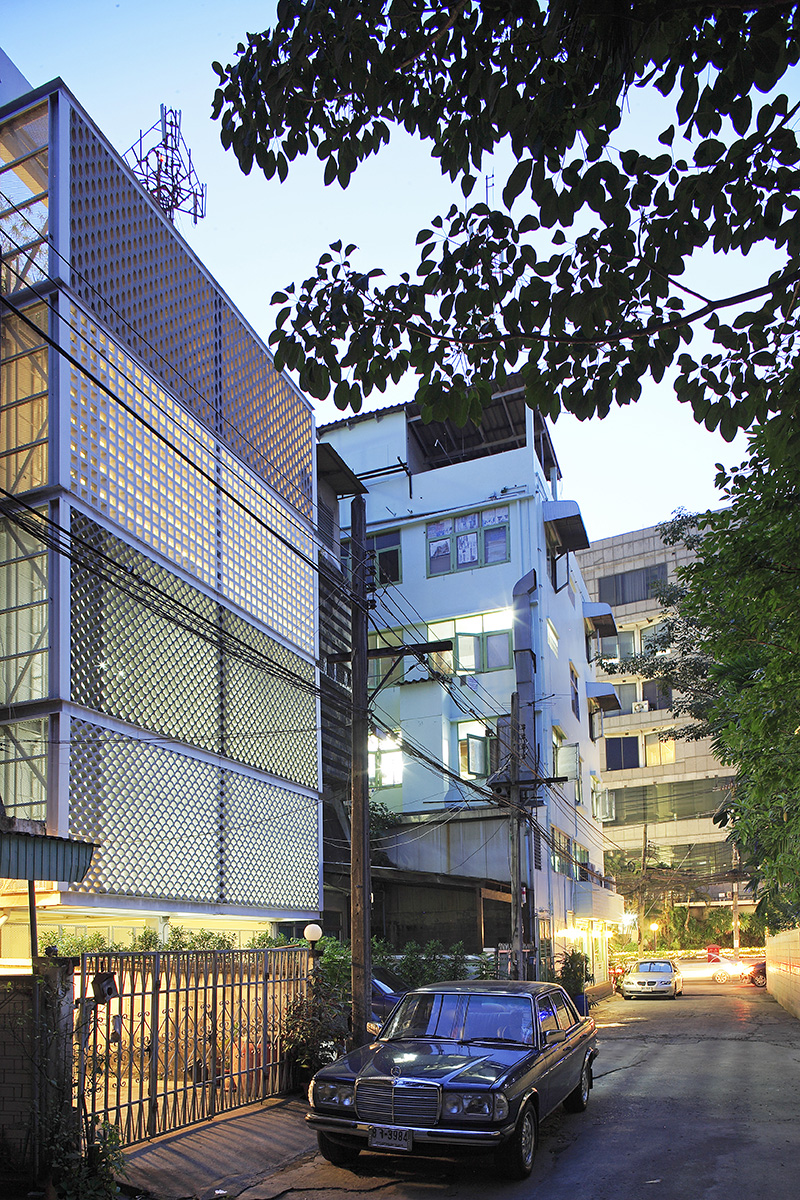 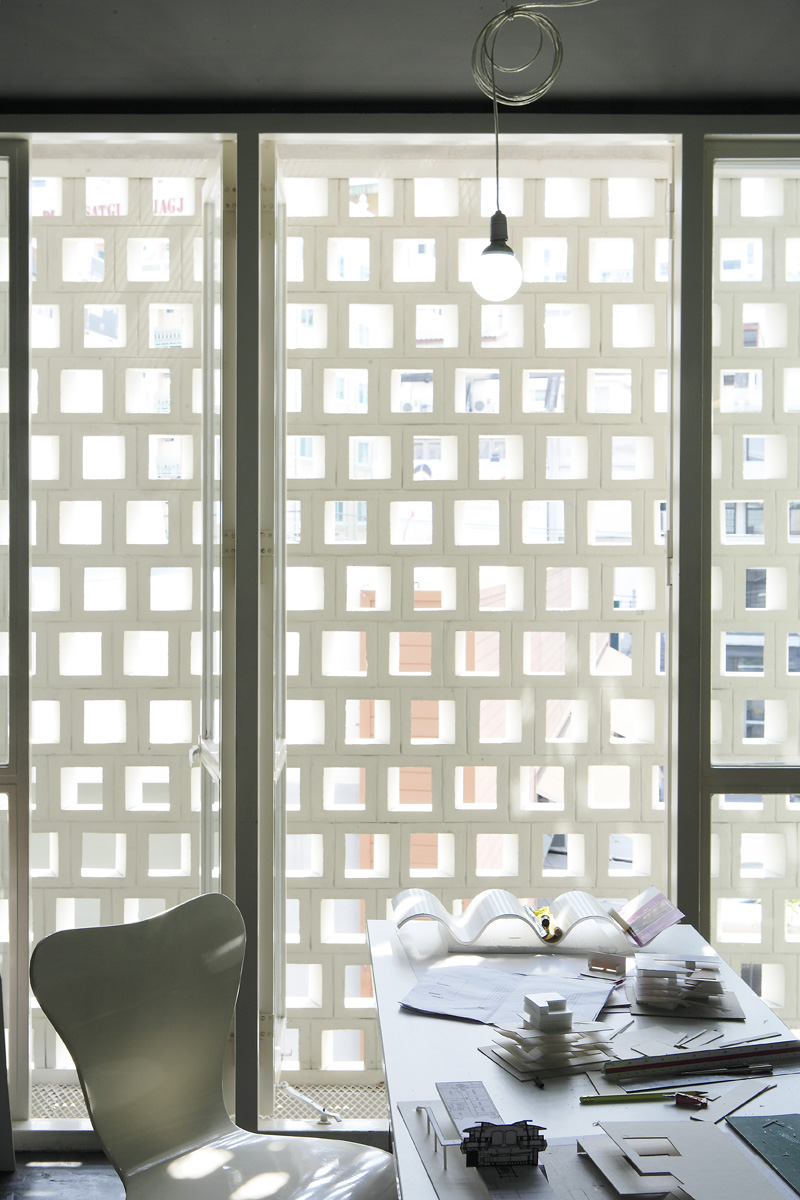 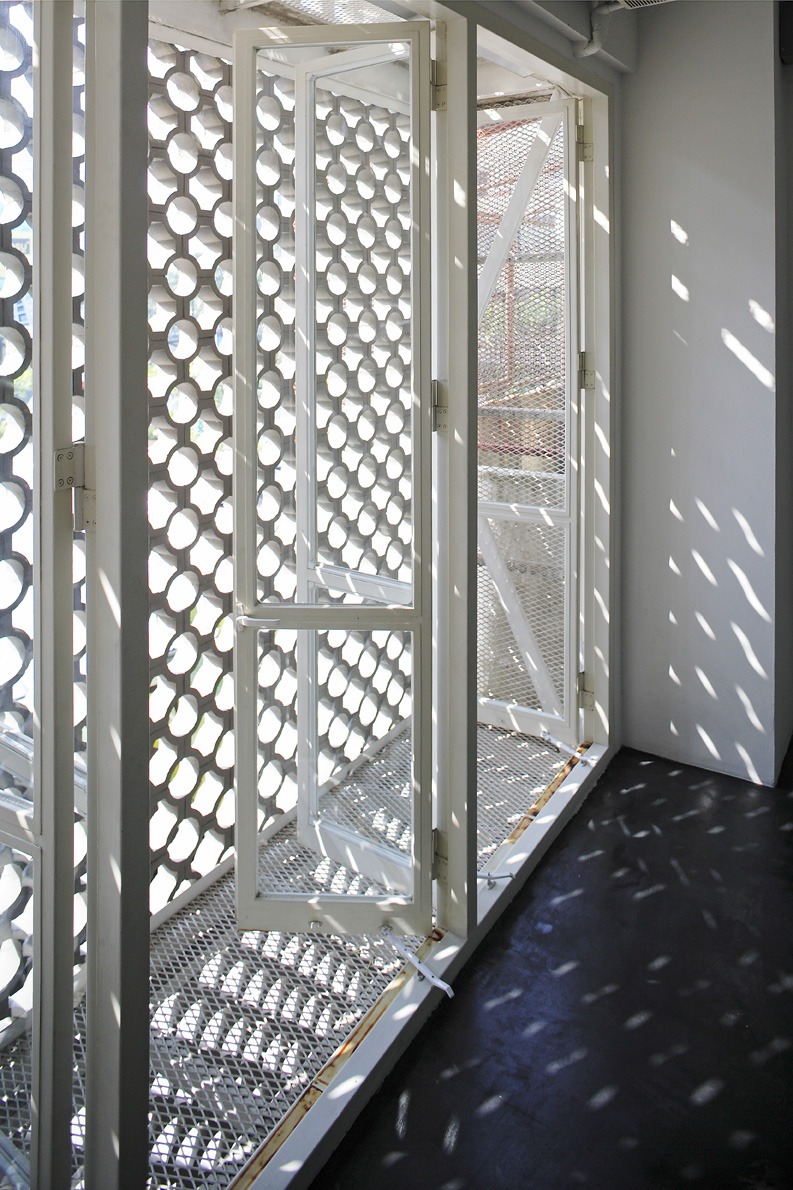 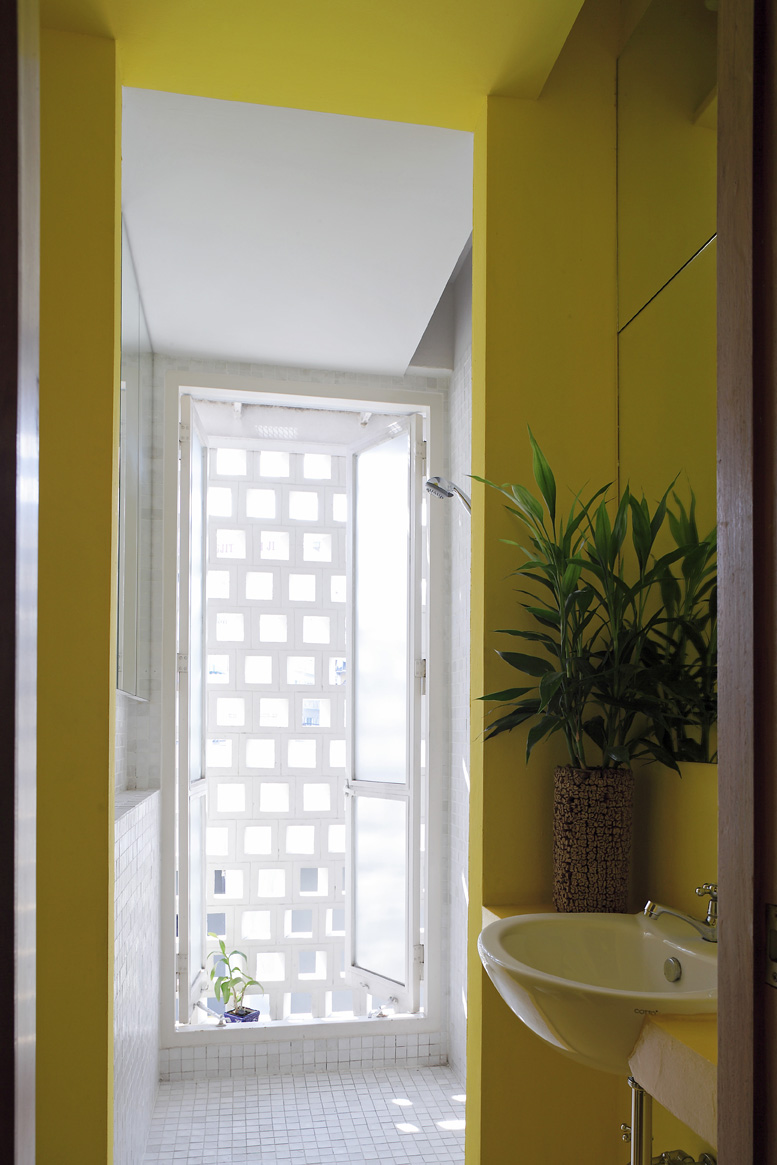 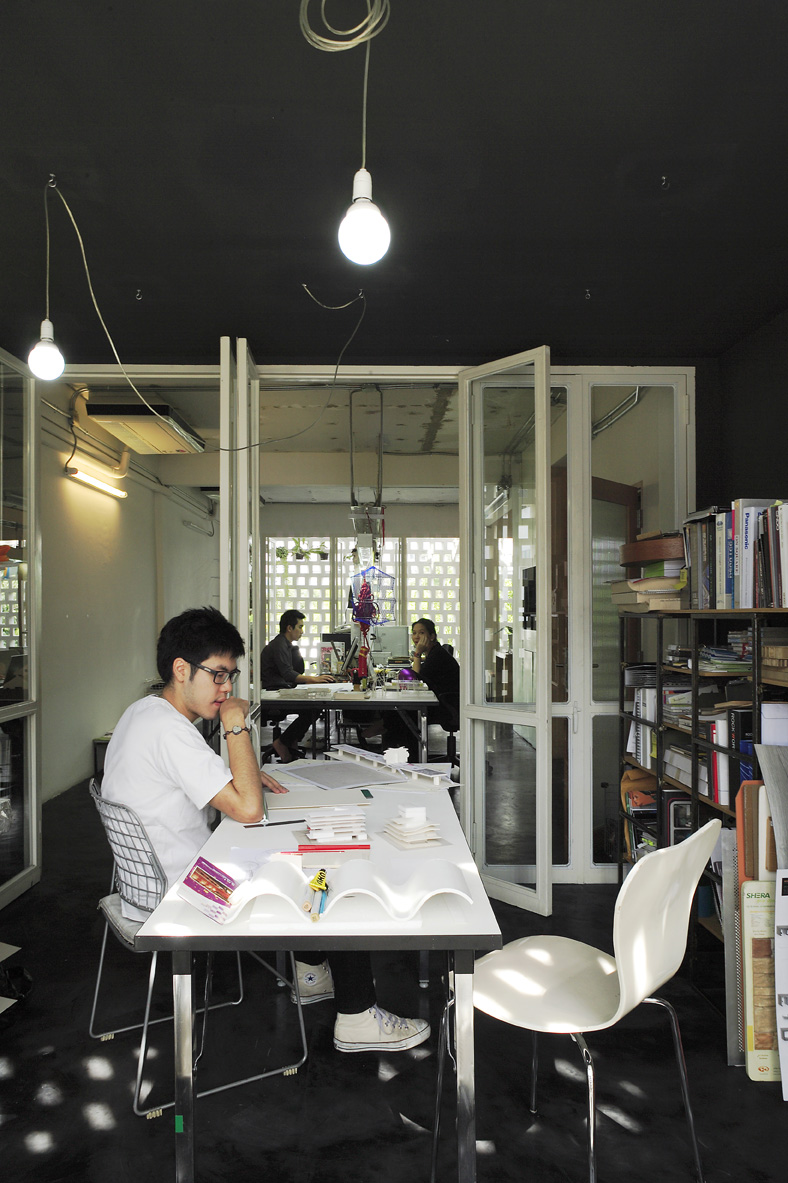 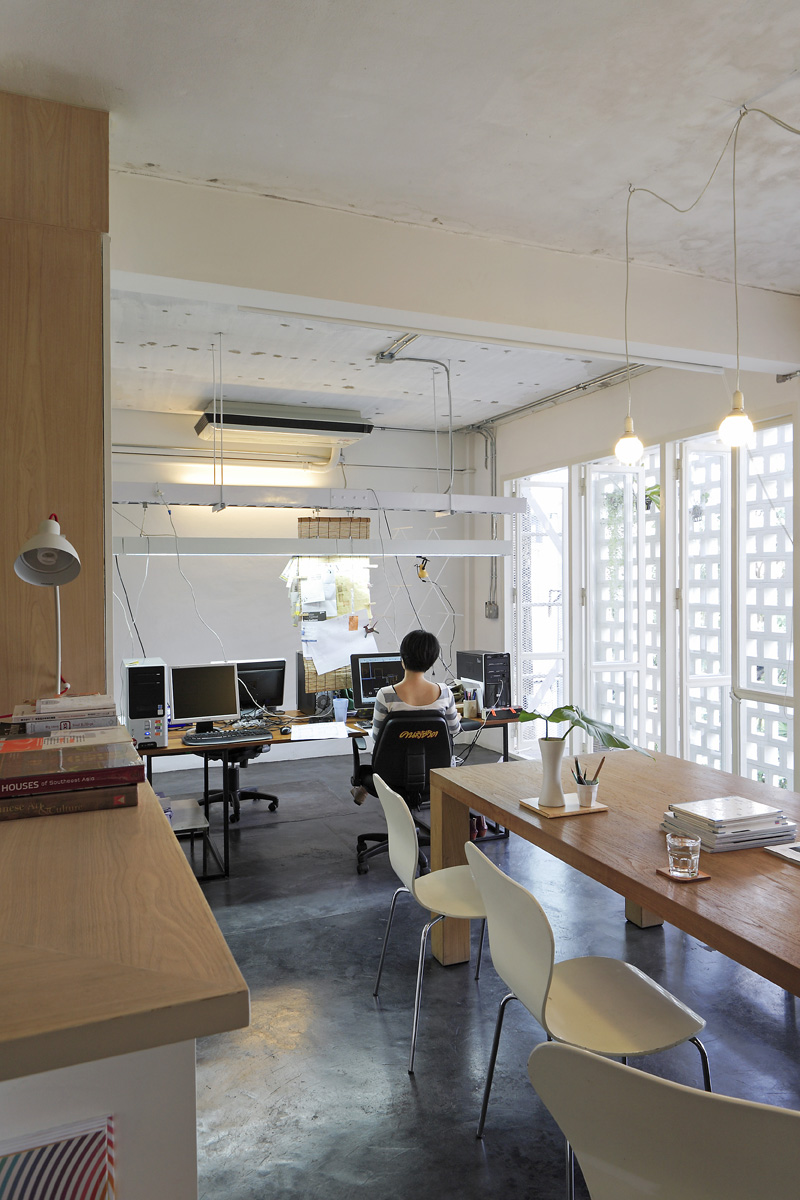 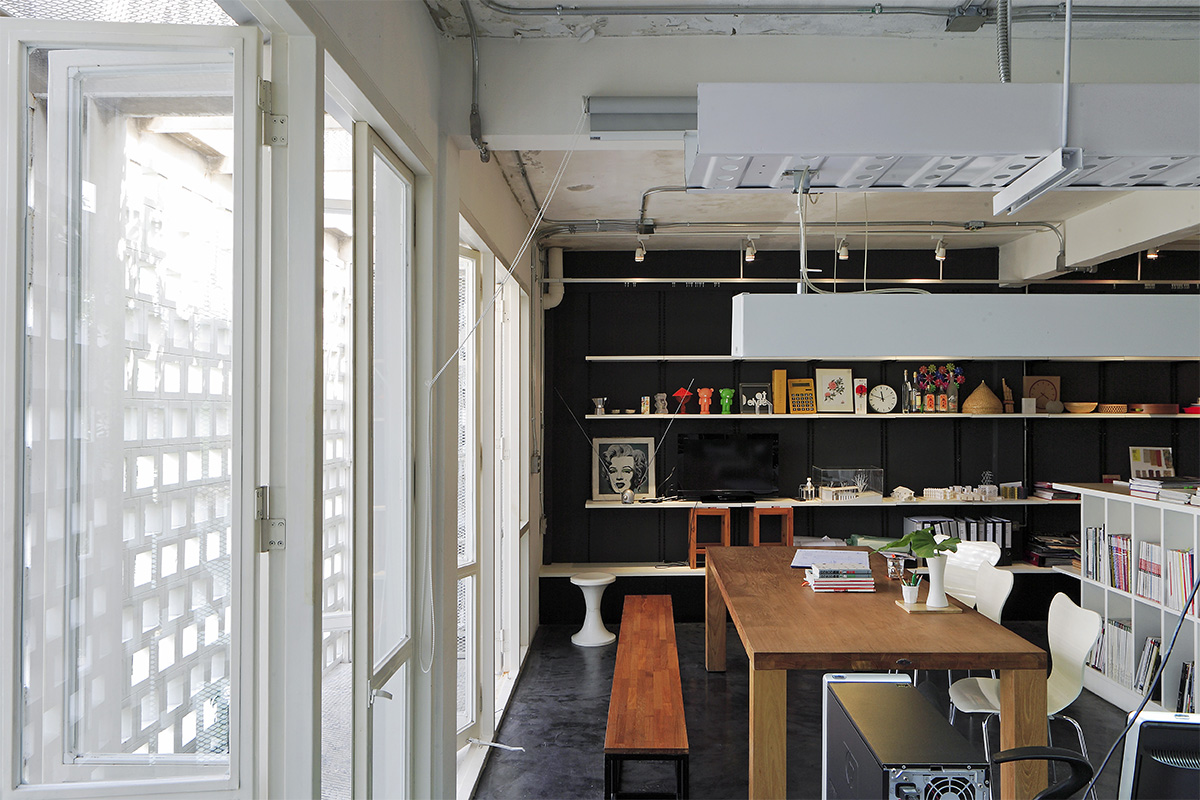 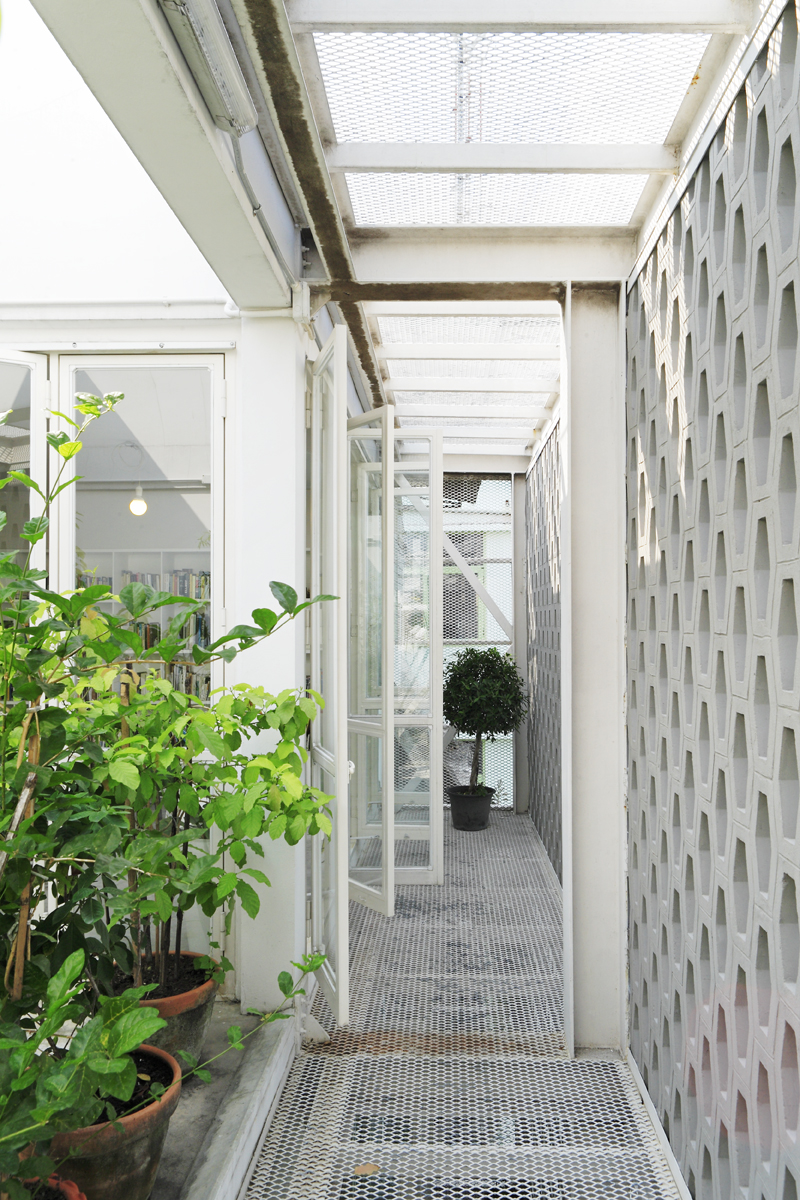 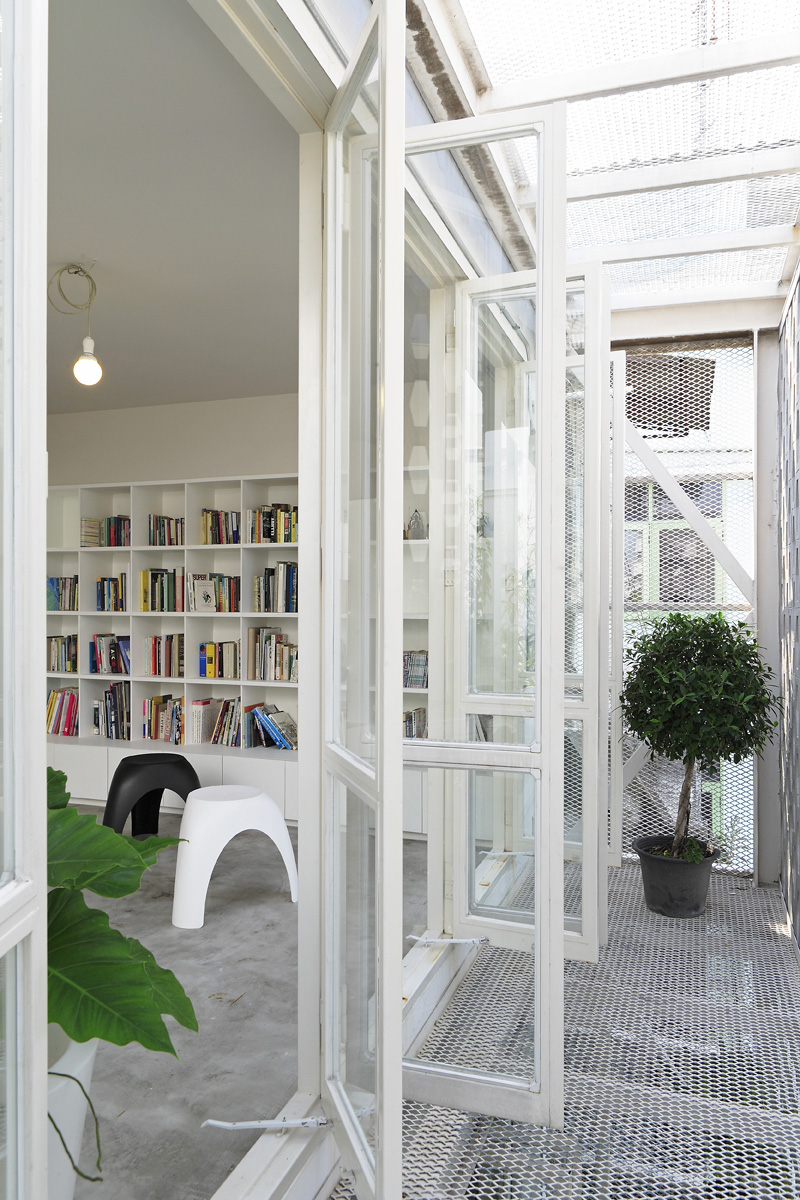 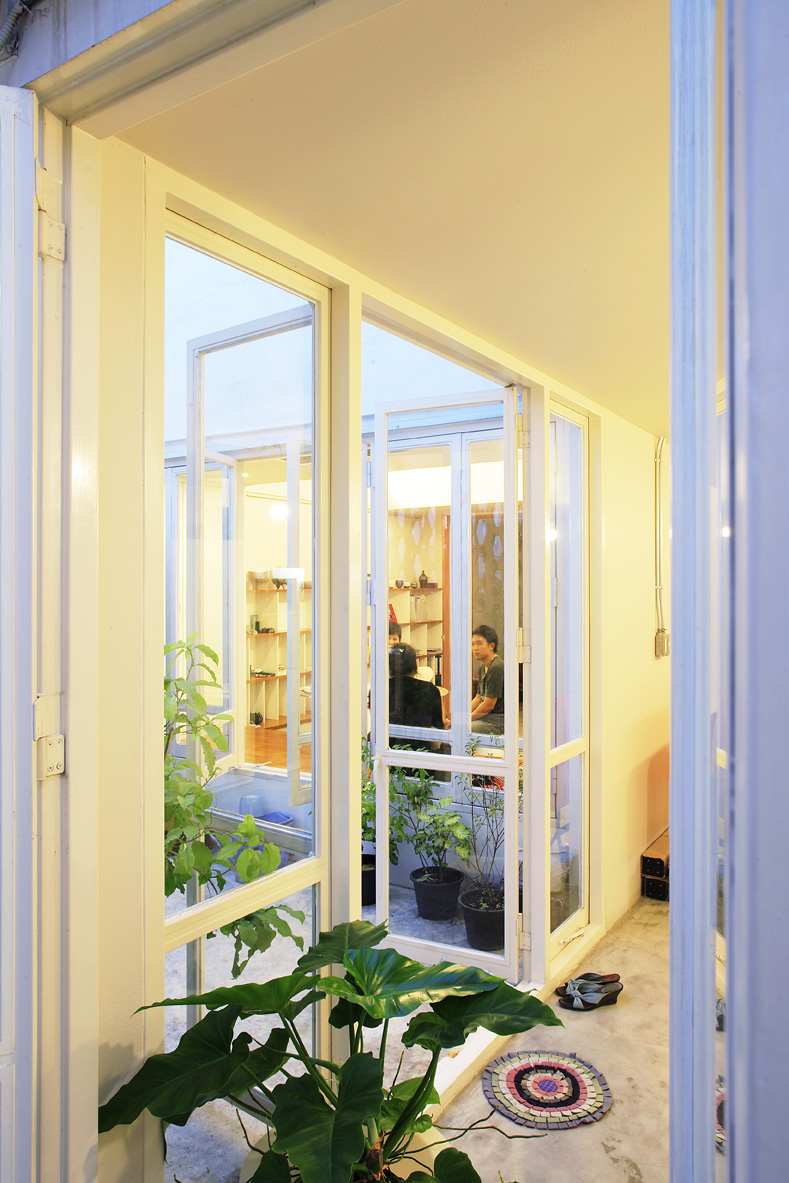